What Does Zcoin Have to Offer?

Zcoin's features and contributions to the world. 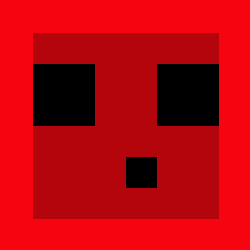 Perhaps you’ve heard of Zcoin, the privacy-centric cryptocurrency, and are wondering “What does Zcoin have to offer the world?”. You’re in luck because that’s what this post aims to answer.

Zcoin was forked from Bitcoin in 2016 to bring private financial transactions and true fungibility to the blockchain through the Zerocoin protocol, which allows you to destroy your coins in exchange for completely new and untraceable ones.

In 2019 Zcoin moved to its Sigma protocol, which makes several improvements on Zerocoin and is a precursor to their next-generation Lelantus protocol, which Zcoin will implement in 2020.

Zcoin is ever reaching towards its goal of creating privacy enabled transactions with minimal if not zero tradeoffs. Although Zcoin doesn't receive as much public attention as other privacy coins, it's still a leader in blockchain privacy that other projects look to for their research and technology.

In November of 2018, Zcoin became the world's first blockchain used to hold a political party election in Thailand.

Zcoin has smart asset capabilities which allow the creation of tokens that benefit from the security provided by Zcoin miners. This ability is provided through Elysium (formerly known as Exodus).

Znodes are masternodes, courtesy of Dash innovation, that reward the Znode holders with block rewards for running them in order to provide full nodes to the Zcoin network.

Zcoin has several more privacy features than are in this article but its primary focus has always been on making transactions on the blockchain private and so that's where most of its innovation has been focused.

In many respects, it's superior to other privacy protocols of its time but it suffers from weaknesses such as having a "trusted setup", having to burn coins in fixed denominations, and its performance isn't good enough to be implemented as “always-on” privacy.

The Zcoin team decided to develop new and better protocols to overcome these weaknesses. These new protocols were called Sigma and the other Lelantus.

Sigma functionality is similar to Zerocoin but fixes some of its weaknesses and serves as a precursor to implementing the Lelantus protocol.

Sigma has a "trustless setup" which works securely without requiring any trust in the parameters of the initial setup.

In contrast, a “trusted setup” means that you have to trust that the people who performed the initial setup did it correctly without creating a backdoor into the system, intentionally or otherwise.

Sigma uses far less space on the blockchain than Zerocoin which makes it easier to fit more private-send transactions and reduces bloat.

Zcoin released their Lelantus research to the public in 2018 and plans to go live with it by the end of 2020. This privacy mechanism works somewhat like zk-SNARKs, except that it has a trustless setup, opt-out privacy, and is able to do this using proven standard cryptographic assumptions.

Since Lelantus is implemented with Sigma as a foundation, Lelantus has a trustless setup.

With Lelantus, coins no longer have to be burned in fixed denominations and they can be redeemed in partial amounts at different times.

With Lelantus, Zcoin has achieved ZKP based privacy (vs inferior mixers and decoys) with performance levels that allow for “always-on” privacy.

Zcoin will allow opting out of privacy. This will make it easier for exchanges to remain lawfully compliant and allow the chain to be used in situations where public auditability of a transaction is desired (e.g. Prize payments from a public raffle or drawing).

The Zcoin team has spent a great deal of time and money ensuring that Lelantus has been seen by many expert eyes to find and correct any flaws before it’s implemented into the main blockchain. This speaks nothing of the code audits and the testing currently being performed.

One reason that I personally took a liking to Zcoin was that I recognized their approach to privacy is more aligned with security wisdom than other projects:

Zcoin has finally achieved a privacy protocol that removes the main tradeoffs that all major privacy coins have suffered from - having to choose between strong ZKP based, slow opt-in privacy, and fast but weak decoy based "always-on" privacy.

With Lelantus, Zcoin has created a strong and fast ZKP based "always-on" privacy protocol.

Zcoin continues to be a tireless innovator in privacy-tech, an important aspect of the blockchain that must improve if "magic" internet money can ever be taken seriously.